Rookie Felix Rosenqvist said a win Sunday might be a lot to ask, but he’s feeling pretty good about his first race weekend inside an Indy car.
Jim Ayello, jim.ayello@indystar.com

ST. PETERSBURG, Fla. – Here are six things you need to know about Saturday’s IndyCar qualifying session on the streets of St. Petersburg.

1. We already knew Will Power was a qualifying maestro, the best of his generation and on his way to perhaps being the best ever. What we did not know was the secret to his success — until now.

“I think it was the nap I had before,” said Power, who finished just ahead of his teammate, Josef Newgarden, to nab his eighth St. Pete pole in his past 10 tries. “I actually had a really good nap. It actually felt sweet, kind of fresh.

“I wasn’t stressing, I just fell asleep. It was good. My little guy was having a sleep at the same time, so the bus was quiet.”

There you have it ladies and gentleman, a “Power nap” (and a very fast car) fueled the 55th pole of the Penske star’s career. He now only trails the legendary Mario Andretti by 12.

That being the case, I’ll go ahead and make my bold prediction right here, right now: Power’s going to catch him. Not this year and probably not next year, either. But sometime near the beginning of the 2021 season, Power will surpass Andretti and be recognized as the greatest IndyCar qualifier of all time. 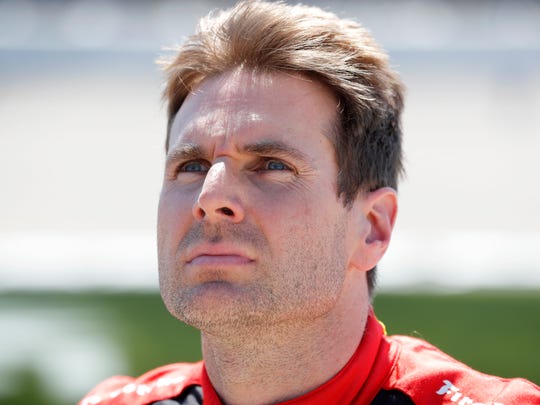 2. Felix Rosenqvist is a rookie in name only. Ditto for Colton Herta — but we’ll get to him later. The Chip Ganassi Racing rookie strode into the IndyCar paddock on a wave of hype, and so far the young Swede has done nothing but live up to it. He was fast during offseason tests, and he was quick on Saturday.

Rosenqvist will start Sunday’s Firestone Grand Prix of St. Petersburg from the third position, one spot ahead of his five-time IndyCar championship-winning teammate, Scott Dixon. That’s a mighty impressive feat for a “rookie” making the first qualifying attempt of his career.

It bears mentioning, however, that he would not have had a chance to do that had he not been on the receiving end of some good fortune …

IndyStar’s Jim Ayello and Conor Daly discuss the IndyCar season, the possibility of eating an article of clothing and more.
Clark Wade, Clark.Wade@Indystar.com

3. Christmas came early for Chip Ganassi Racing. IndyCar race control issued two interference penalties Saturday, and both times it was to the great benefit of a CGR car.

Rosenqvist’s gift came when fellow rookie Colton Herta was penalized for slowing down in front of Charlie Kimball. That mistake cost Herta his two fastest laps and bumped Rosenqvist into the Fast 6 shootout.

Dixon benefited similarly earlier in the day. For a few moments, it seemed like if Dixon was going to bust of his 0-for-14 drought at St. Pete, he’d have to do it from the back. Struggling to wrangle his car in the qualifying’s opening round, Dixon spun out and nearly collided with the wall. Fortunately for him, he avoided making contact and ever more fortunately, IndyCar race control ruled that though he impeded the drivers’ behind him, none of them were on their hot laps. No harm, no foul.

Even with those breaks Dixon, couldn’t squeeze his car into the top six of his group. He finished seventh and looked like he’d be staring Sunday in the rear until he received yet another gift from the IndyCar gods. Race control announced Takuma Sato had interfered with another driver’s qualifying effort, and they stripped away his two fastest laps. With Sato out, Dixon climbed into the top six of his session and eventually into P4 for Sunday’s race.

“Yeah, that was like Christmas, I guess,” Dixon laughed. “I don’t know. It was scrappy. I think we changed front springs three times, front rear toes, the front wing. It was a bit of a mess.”

Hey, you know what they say, better to be lucky than good.

4. Slowing up in front of Kimball? That was a rookie mistake, and Herta paid for it dearly. With a car capable of sitting on pole, Herta instead had to settle for starting 10th. That’ll be a tough pill for him to swallow, but he really should try not to lose much sleep over it. Instead, he should take solace in proving Saturday what everyone suspected going into this season: This kid is going to be good.

The 18-year-old rookie showed incredible pace in his Harding Steinbrenner Racing Honda and that speed isn’t going away anytime soon.

5. Qualifying, like life, isn’t always fair. A pair of red flags marred the opening session of qualifying, preventing multiple drivers from even turning in a timed lap.

Thank you! You’re almost signed up for IndyStar Motor Sports

Keep an eye out for an email to confirm your newsletter registration.

Of course, those drivers/teams knew the risk they were taking when they decided to wait in pit lane. Still, it was a bummer for Sebastien Bourdais, Tony Kannan and the rest of the drivers in the session who didn’t get a chance to show fans what they could do.

SHANGHAI/TOKYO (Reuters) – More than 2,600 new cases of a coronavirus have been confirmed in China with deaths up by